Repost of final Egypt blog post from myspace - with photos! 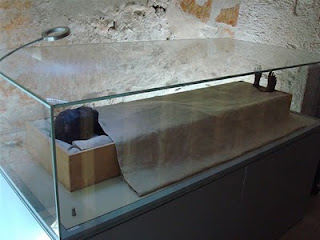 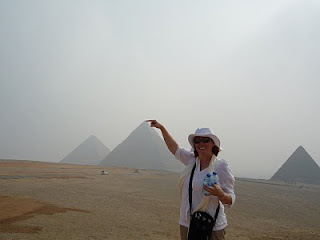 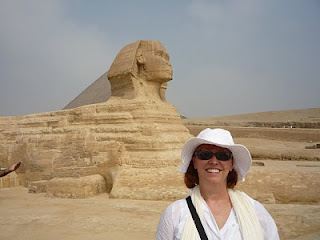 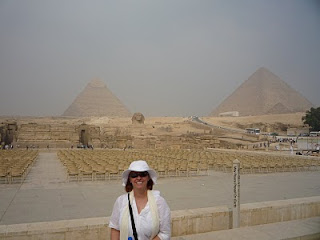 Okay, so this is the last installment of my Egypt trip. I decided to save some fun and interesting stuff for this one. Like Greek and Roman graffiti and artwork on ancient Egyptian hieroglyphics. Luckily, the Romans plastered over the hieroglyphics instead of painting or carving directly on them. This actually preserved them so when Egyptologists chipped the plaster off or it crumbled from age, the hieroglyphics were still there.

Here in the states, we’ve seen 19th century graffiti on ancient petroglyphs. In Egypt, you get Greek graffiti on hieroglyphs. But tourists aren’t the only ones to deface ancient property. In Italy, we saw ancient graffiti in Pompeii and other places. The same goes for Egypt. You’ve probably heard of a guy by the name of Rameses/Ramses II. We learned some interesting things about him. Like his name and/or statues and obelisks seem to be everywhere in Egypt. I don’t think we went too many places where we didn’t see something about him. Of course, he was a Pharaoh, but I’m beginning to think he was also a bit full of himself. After all, he scratched out his father’s name to carve his own in its place. And I believe he was the one who surrounded Queen (the only female pharaoh) Hatshepsut’s obelisks in stone so they couldn’t be seen. The men following her reign tried very hard to erase her existence. We were told she stole the throne from her young stepson and it really ticked him off, but I also think the patriarchal society back then had a lot to do with trying to erase her. Luckily for us, Egyptologists rediscovered her and added her back into the history books.

Unfortunately, Rameses’ II tomb in the Valley of the Kings was closed when we were there but we got to see other burial places.
Posted by Dana's Blah Blah Blog at 4:33 PM